These past few weeks I’ve been in the UK,  London mainly.  It gets to me – every time i visit,  i fall under it’s spell and get lost in a myriad of detail:  from the historic to the cultural.   One thing i always regret is having to travel light with photographic gear and Murphy’s law dictates that it’s always the wrong choice.   I had a photography brief to shoot autumn landscapes which took me to Kew, Richmond, Bushy Park, the Wetlands Center and the central parks,  so i brought along two lenses – 105mm and a general purpose 18 – 200mm.  I pictured large canvasses, Constanble-wide pastoral scenes, Turnersque skies…  but it didn’t quite turn out the way i envisaged and although  the trees were turning, they were not quite in their full glory.  Autumn was late in coming and generally I tend to get sidetracked by what’s happening in a scene and want to capture the action of “working” nature, rather than nature’s artwork.    How i wished i’d brought my 70 -200mm zoom and 2x teleconverter.   The opportunity for capturing urban wildlife (my passion) was rife, and what a show the red deer rutting scenes turned out to be in Richmond Park!  I was intrigued – such posturing and bellowing.  I’d not heard the voices of  roaring stags before and though not as impressive as an African lion, i did think that the decibel level and rendition was quite startling.   The grassland setting was a perfect arena for the parallel prancing and bouts of antler bashing which rather brought to mind the jousting matches of medieval knights.  The hinds nonchalantly chewed the cud keeping an indifferent distance while joggers, dog walkers, motorists and photographers stopped to view the sights: an integrated 21st century urban-wildlife pastoral scene. 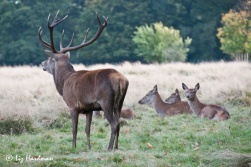 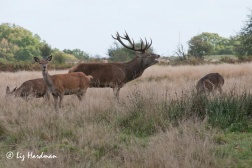 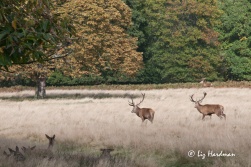 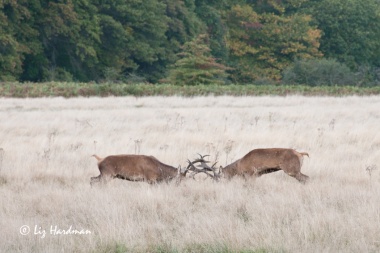 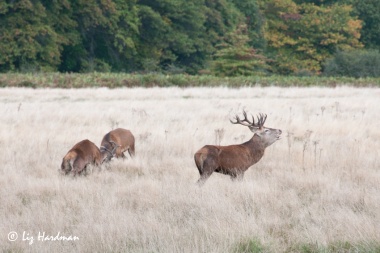 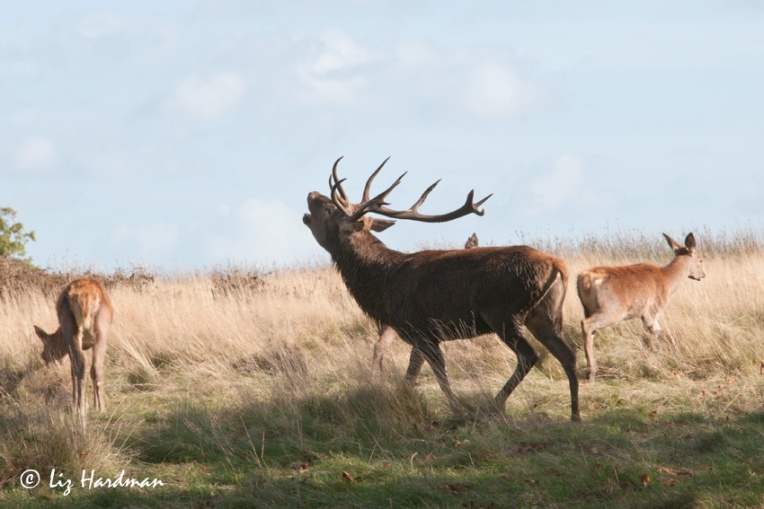 4 thoughts on “Sidetracked by red deer rutting in Richmond Park.”