The news is out!  My neighbour confirmed today that our nearby colony of dassies (Rock Hyrax) have produced the first of the summer litters.  Late this afternoon I went to investigate and sure enough found among the rocks evidence of the furry, bouncing bundles.  A week ago, I suspected the happy event must be imminent after spotting “Fat Mama”, the charismatic alpha female munching my flowering arctotis daisies.  She’d waddled slowly across the patio, telltale petals protruding from her mouth looking heavily pregnant.  Between one to six young are born after a seven and half months gestation period, and this year  “Fat Mama” has four. Some of the other females have also produced and so far there are eleven in all.   Their numbers during the year decreased through predation by lynx; let’s hope it’s a good batch to make up for that loss. 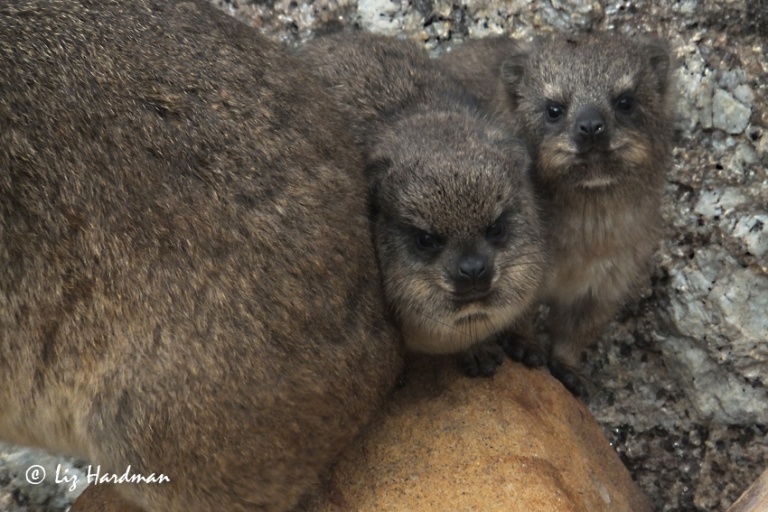