Where food is concerned the Cape Peninsula’s Chacma baboons keep a strict pecking order and usually males dominate, with the alpha male reserving top status.  With the recent spate by the authorities to cull off aggressive male baboons an interesting development appears to be taking place.  Female baboons are now honing assertive raiding skills.

This female has been successful in snatching a food item.

Here the female licks the last of the tastes off the food packaging.

Female watches intently before rushing at couple walking along the beach path with their picnic. 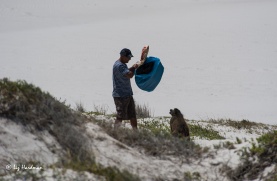 A female baboon pestering a picnicker, jumping up for the food. Eventually the man threw out a ‘decoy’ offering. 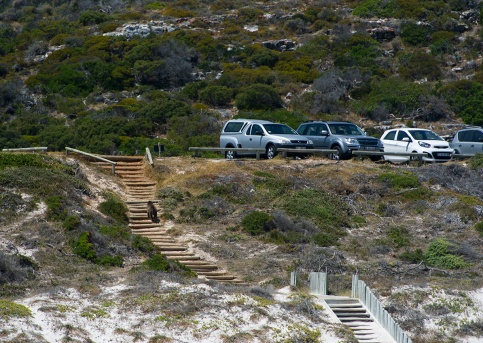 Female making her way to the carpark.

Finds a car with unsuspecting visitors and leaps in.

Scores the remnants of a packet of biscuits.

Checking out the biscuits, with the kestrel in the background.

14 thoughts on “Female Baboons Move up the Ranks.”