I have to hand a most treasured item: a definitive illustrated guide to the southern African family of Amaryllidaceae. 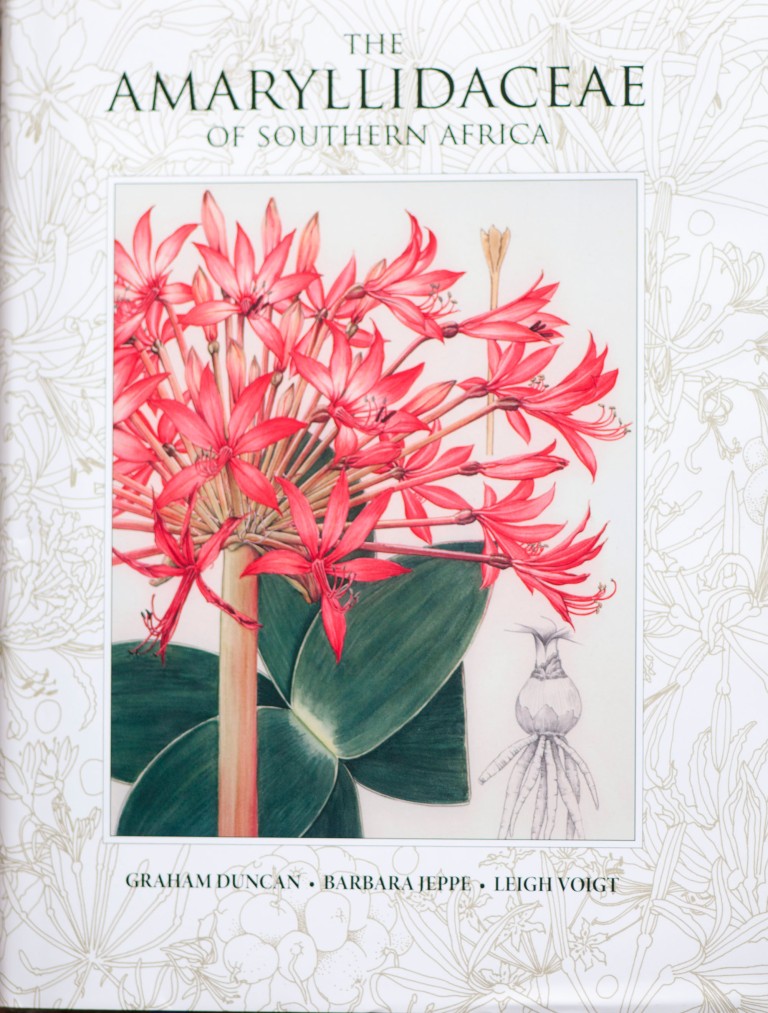 It’s a comprehensive and handsome publication, 760 pages in all.  The launch in Cape Town was held on Saturday at the Kirstenbosch Botanical Garden’s book shop and the two authors were present. The accomplishment in getting the book together is an extraordinary story – it was a Herculean task and took 45 years to produce.  The water colour paintings which are the basis of the book were started by Barbara Jeppe in 1971 and when she passed away 28 years later her daughter Leigh Voigt, also a talented artist, took on the task to complete it.  Graham Duncan undertook the mammoth job of describing the species and collating all the information. The trials and adventures involved in preparing the book are the basis for a second – “The Book About the Book”. Listening to Leigh’s account and Professor Mike Bruton’s address at the launch, the project was one of endurance.

The Amaryllis family is diverse, the southern African boasts 18 genera and at least 240 species; it’s second to South America where 26 genera and approximately 375 species are found. 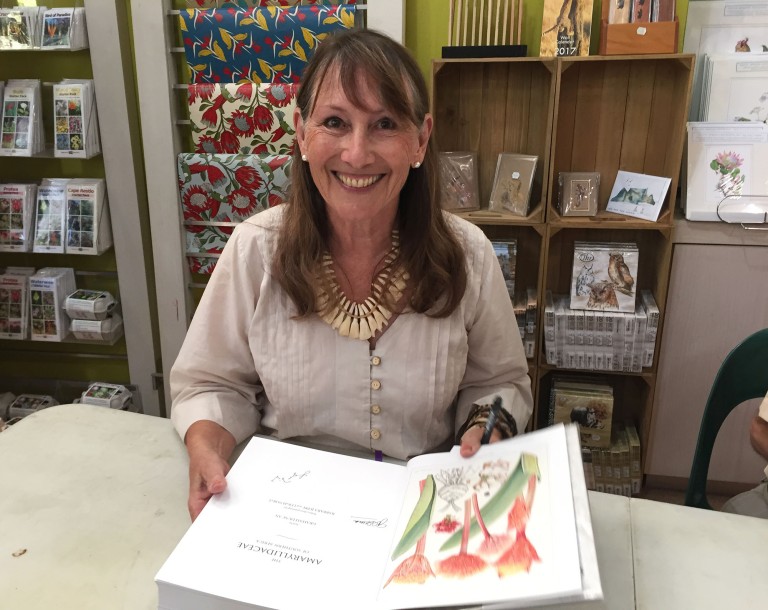 There is great variety of form and most have gorgeous showy flowers – often gregarious and blooming in mass displays, they’re a favourite wildflower.  The genera include such taxa as Boophone, Brunsvigia, Clivia, Crinum, Gethyllis, Nerine, Strumaria and others. Seasonal flowering:  March lilies or the belladona mark the coming of autumn; the Haemanthus or April Fool flower around the same time.  Fire lilies bloom in swathes of vermilion to bright red and look spectacular after summer fires. Parasols are known more for the dried out  ‘tumbleweeds’ after the fruits have formed.  The Kukumakranka (Gethyllis) are known for their medicinal properties and some species have the most divine perfume.  Cunning survival strategies developed as an adaptation to cope with the often harsh conditions.  The bulbs, as they are geophytic, store precious nutrients and moisture to survive periods of drought and the amaryllids in the Western Cape have adapted to the regional climate where the plants which are synanthous develop new leaves before the flowers appear or are hysteranthous when the bulbs have sufficient food reserves to support flowering without the leaves.

The beauty of the artwork in the book is that the plates show the leaves, flowers and fruit separately and that appeals to my sense of riddle solving when identifying the plant when the parts appear separately.

Serendiptously this morning when out cycling i spotted the first flowering of Haemanthus sanguineus (April Fool / Veldskoenblaar).  They’re early yet it’s a sign that summer is moving on. 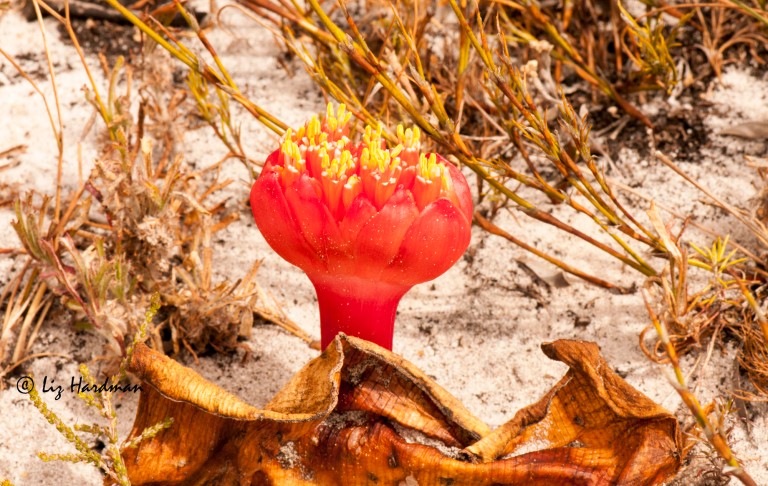