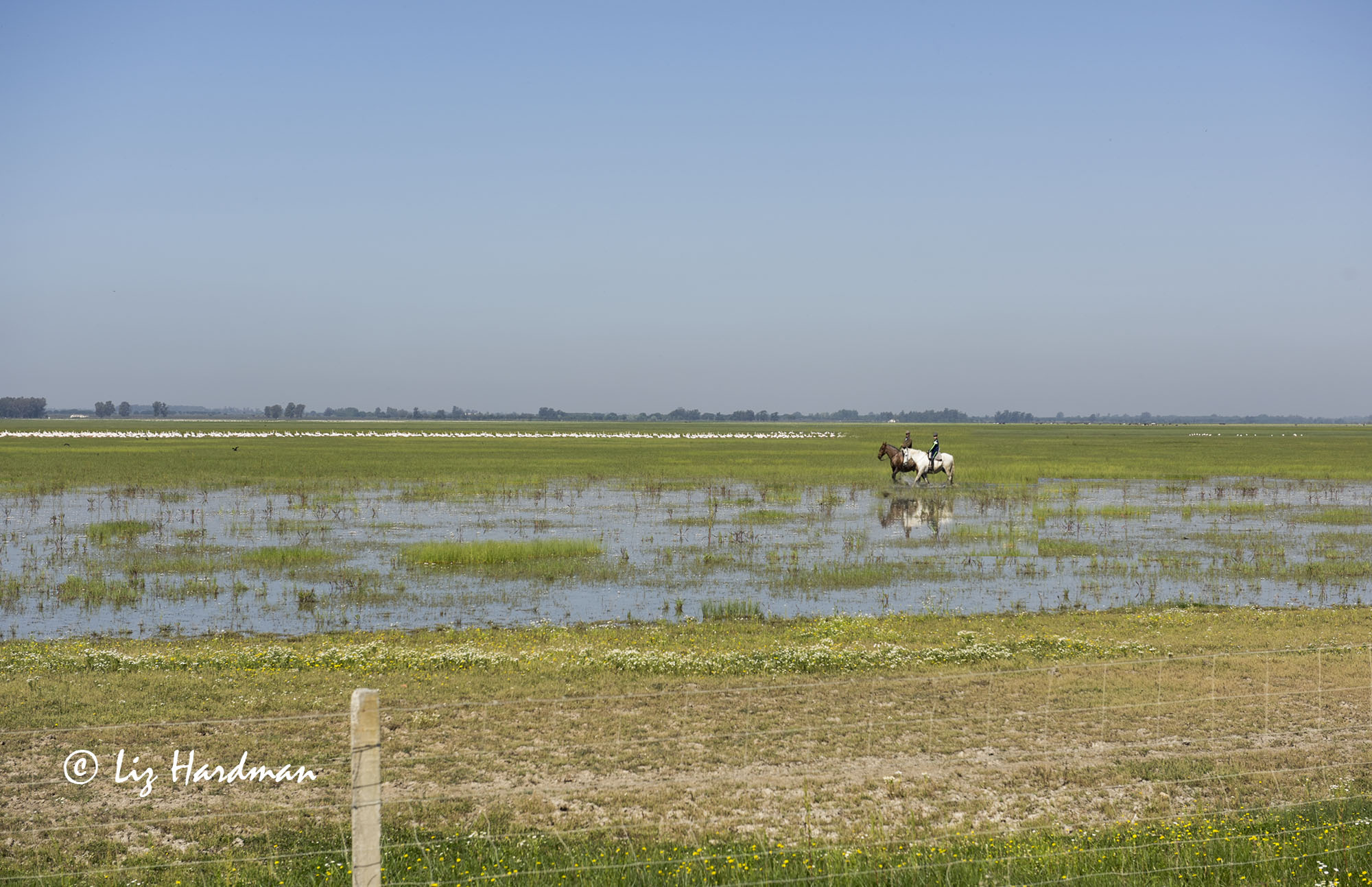 A highlight, on a recent trip to Andalucia in southern Spain, was discovering the extraordinary beauty of the wetlands of Doñana National Park.  It is sited along the banks of the great Guadalquiver River at it’s estuary on the Atlantic Ocean. It’s an immense expanse where water has a language described in terms of flowing or still; of lagoons, marshlands, aquafires, ponds, pools.  It’s well known as a gathering place for millions of migatory birds.  It’s present area covers 50,720 ha. and it’s ecological value is recognised under  Ramsar  status and as a UNESCO World Heritage site.

The Guadalquivir river runs over a watercourse 657kms in length and exits at an estuary stretching out into a marshy delta known as Las Marismas del Guadalquivir.  It’s Spain’s only navigable river with historic links back to Seville and in Roman times reaching as far as Cordoba.  The park has a diversity of ecosystems of caños and cotos, marismas and dunes; it is notable for its biotopes – the lagoons, marshlands, fixed and mobile dunes, scrub woodland and maquis. Five threatened bird species make their home here. It is also one of the largest heronries in the Mediterranean region and is the wintering site for more than 500,000 water fowl each year.  Thousands of greater flamingoes come to nest over the spring to summer months.  Wading birds, spoonbills and herons and amazing numbers of raptors hover in the airspace above.

Only guided tours in 4×4 vehicles are permitted and we booked a half day tour through the company “Discovering Doñana “.  Sonia Alís, our guide picked us up early in the morning and we set off on an exciting tour.  Along the sandy road Sonia soon picked up the spoor of lynx and fox.  Sonia worked for some time at the Iberian Lynx project and was most knowledgeable on their habits.  Soon we were spotting fallow and red deer; wild horses and birds, birds, birds.  We appreciated her indepth knowledge on the varied environments and biodiversity of the park.  As a protected area it plays a vital part in the ongoing health of migratory bird life, and the interconnection of it’s supporting flora and fauna. 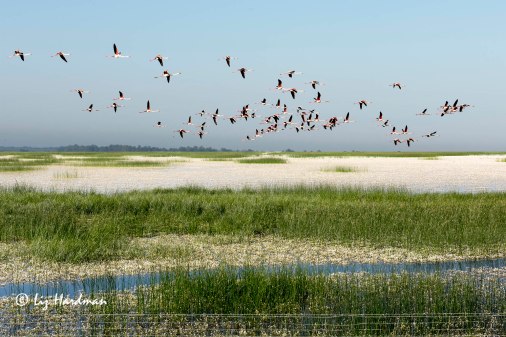 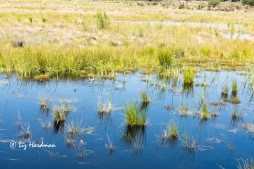 Waterfowl find refuge in the reedbeds and spinifex grass 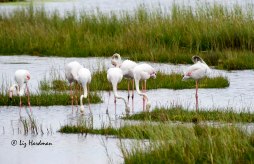 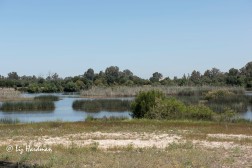 Typical scene with water channels through reedbeds and scrubland trees in the distance. 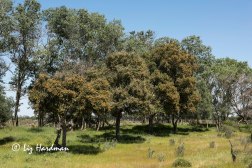 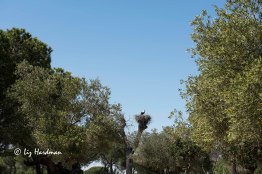 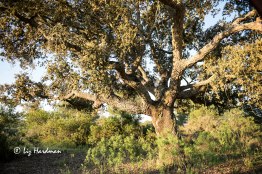 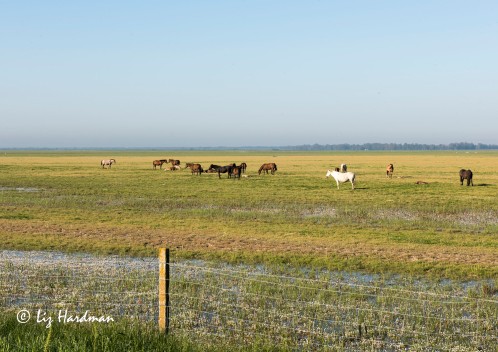 Marsh horses – Marismeño is a rare breed of horse indigenous to the marshes of the Guadalquivir River. 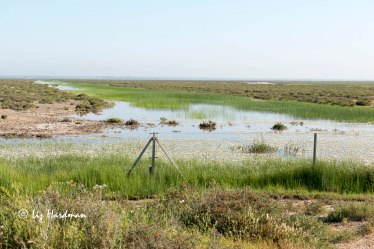 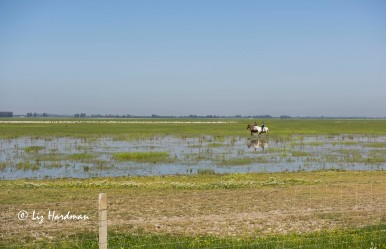 Park rangers on horseback and flocks of flamingoes.