Fred the alpha male of the Smitswinkel troop was eutthanased March 2011.

Force, Fingers (second from right) and the boys.

Fred was put down (March 2011) as he’d become aggressive. 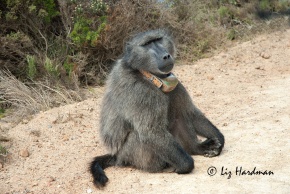 Jimmy, a dispersing male from the Waterfall troop. It was hoped he would become the alpha male after Fred. He was put down within months of dispersing.

Force, was one of the first baboons to be fitted with a GPS collar. Photo taken in 2009, when he almost an adult.

Force’s role in the troop was chief scout. 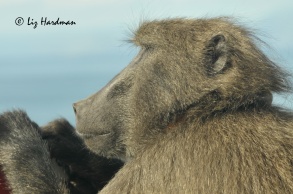 He was a mellow character. 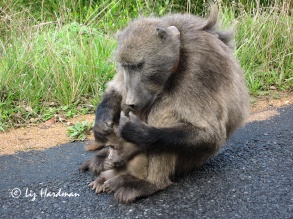 He showed a great tenderness towards younger troop members.

Rude Boy one of the ‘brothers’. Force, Rude Boy and Crowbar were about the same age.

Rude Boy was beginning to disperse, Fred chased him out of the troop.

Rude Boy often came into the Murdock Valley area, and we hoped that he would find the Waterfall troop. He died through natural causes?

Shaka and Fingers were a similar age. Shaka was put down. Here he attends to little brother. 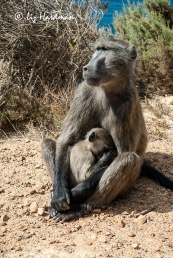 The males spend time playing, scouting out in front of the troop.

Shaka was popular with the young juveniles.

Shaka trying his luck with a set of wheels.

Manuel was a magnificent baboon, he was euthanised last week, May 2013.

Merlin has picked up a piece of discarded chewing gum.