Our travel arrangements throughout our trip in Japan went without a hitch; although daringly we decided to hire a rental car in two areas – Takayama in Honshu and Asahikawa, Hokkaido. It gave us flexibility and the English GPS system worked like a charm. We did a bit of exploring off the main tourist route, ventured off to a little of the back country. One unintentional destination though, which our ‘efficient’ GPS delivered us to was somewhat surprising; we had entered the code for the Sahoro Bear sanctuary, instead we were directed up a disused mountain road, with thick overgrown vegetation. As the road diminished in the encroaching vegetation we were committed until we could find a place to turn back. As we approached a wider section, our GPS system (a female voice, who we had christened Jane) announced in modulated and confident tone, that we had arrived at our destination. Just then I spotted (quite excitedly) an aggregation of butterflies, so stepped out of the cool car into a muggy, searing heat with camera in hand to document this interesting scene…..

The last time i’d spotted this phenomena of swarming butterflies was at the Addo Elephant Park in the Eastern Cape (SA); so alarm bells should have been ringing …
Take a closer look dear Readers – 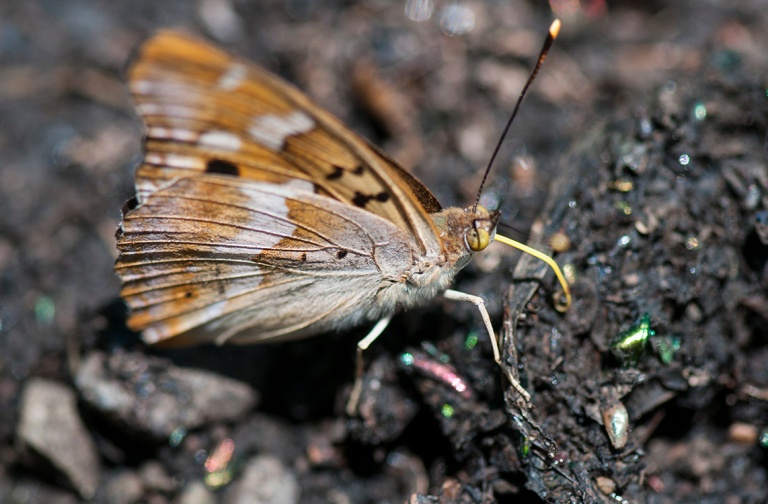 Second part installment tomorrow: the brown bears of Hokkaido are related to the North American Grizzlies.