The wingspan is an impressive 2.6 meters. 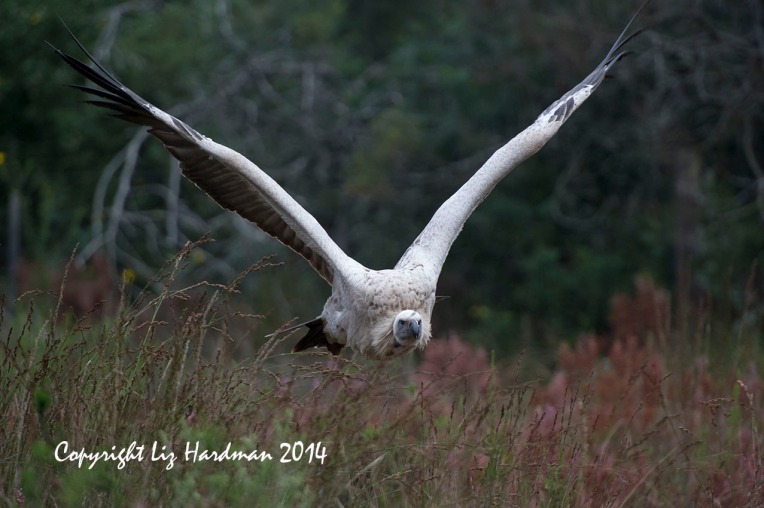 In juveniles the underwing shows more contrast between leading and trailing edges.

Meet Mr Bones, a juvenile Cape griffon or Cape vulture (Gyps coprotheres) who resides at Radical Raptors, a rehabilitation center close to Plettenberg Bay.  He came out to be fed in a magnificent display of ruffled feathers,loudly cackling and hissing; all the while adopting a submissive posture.

It’s a rare privilege to get so close to a bird of this nature; out in the wilds they are less approachable, unless studied while scavenging on dead carcasses. The species is endemic to southern Africa but their population is sadly declining and listed as ‘vulnerable’ by the IUCN.

Generally they nest on cliff faces and rely on the rising air currents for uplift preferring to ride the thermals than to fly short distances as pictured here.  Note how he battles to get above the height of the grass.

The center is a non-profit organisation playing an important role in educating the public, and with the aim of releasing the rehabilitated birds back to the wilds.