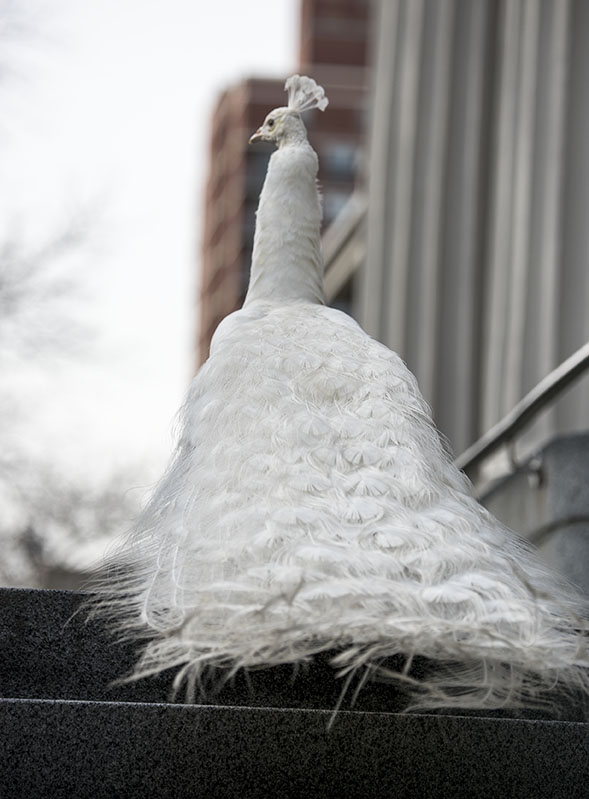 During a recent stopover in New York I had the pleasure of meeting up with Melissa and Esau of “Out Walking the Dog”.  We both have an interest in the activities and sightings of the urban wildlife in our respective neighbourhoods.  Although my neck of the woods is a whole lot different from the busy uptown area of Manhattan where Melissa and Esau walk.  It’s fascinating to learn just how adept some wild creatures are at adapting to dwelling in a finely tuned niche in such a densely populated city.  Melissa pointed out where raccoons live happily in the secret passage ways of a retaining wall passing through the openings between the stone blocks; and further on where there are red-tailed kites nesting high up on the statues of the Cathedral of the St John the Divine.   The sparrows have taken up space between the saintly statures adorning the alcoves above the cathedral doorways.  No doubt these sturdy structures are more stable than the wind tossed branches in the nearby trees and the red-tailed kites have a vantage point high enough to give them a wide aerial advantage.  Lodging in a the sheltered area are three male peacocks, one which had us entranced with it’s white feathers.  Rather like a bride making a showing with a flounce of brocade and long train, the albino peacock strutted his way up the stairs and posed rather regally at the top.

If you’re not familiar with Melissa’s blog, pop over to her site – www.outwalkingthedog.wordpress.com Her tales tracking nature in NCY make fascinating reading. In addition to her blog, as a playwright her insightful observations on coyotes are captured in the play “NYC Coyote Existential”.

With thanks to Melissa for the outing and the opportunity to see the Uptown byways. 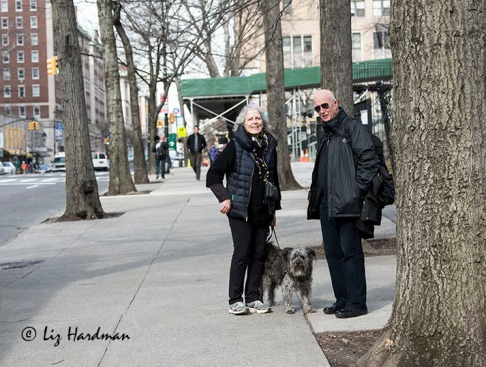 Out with Melissa and Esau 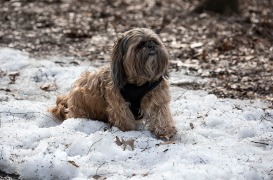 Just a short break cooling down.

A spring day pose for the camera. 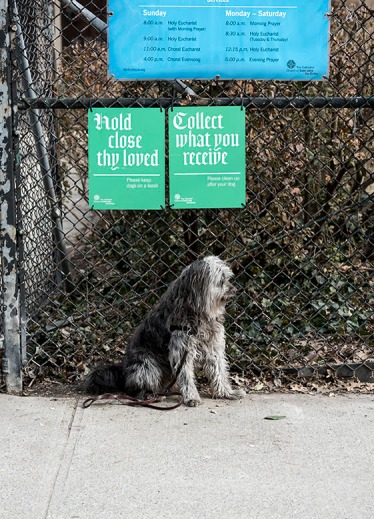 Esau draws attention to the notices.

The Saintly nooks and crannies at the Cathedral of St John the Divine. 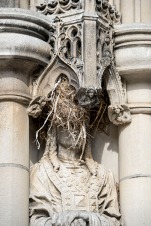 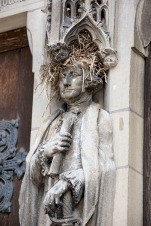 A head of the game, a sparrow’s perfect nesting site. 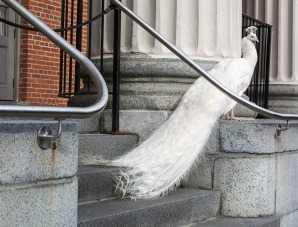 The elegance of feathers.

Red-tailed Kite nesting site over at St John the Divine.