Sometimes nature throws a bit of a curved ball with an unexpected outcome and here are my photos in response to The Daily Post’s weekly photo challenge: “Creepy.” 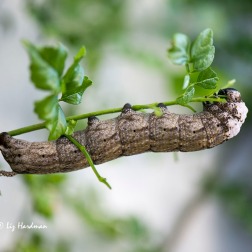 One of the largest caterpillars stripping the Cape Honeysuckle plant. 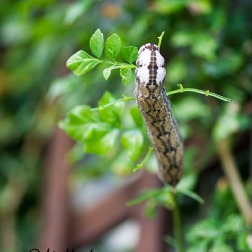 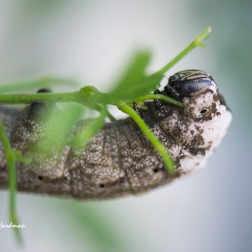 The Death’s Head Hawkmoth larva has a voracious appetite. 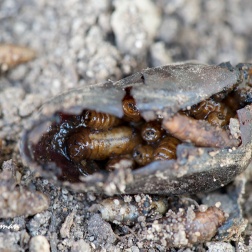 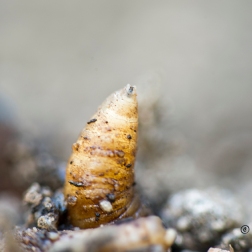 Where is the moth??? 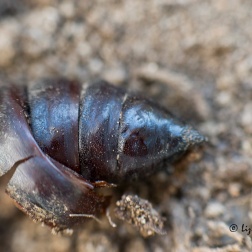 I love solving a good mystery and finding the clues to the puzzle.  Here in the garden I thought I’d tracked down the culprit of a rather large pupa.  We’d noticed severe pruning to our Cape Honeysuckle creeper and tracked down the efforts to one single huge caterpillar: a Death’s Head Hawkmoth caterpillar.   So when some weeks later we discovered a pupa in the soil we put two and two together and expected to have a moth chrysalis emerging.  Instead it was something more like that creepie movie “Alien”.  The pupae oriented to the top of the soil and moved with vigour…….and instead out popped a hundred maggots !!

It is most likely that a bluebottle fly parasitised the pupa laying it’s eggs within the transforming chrysalis.