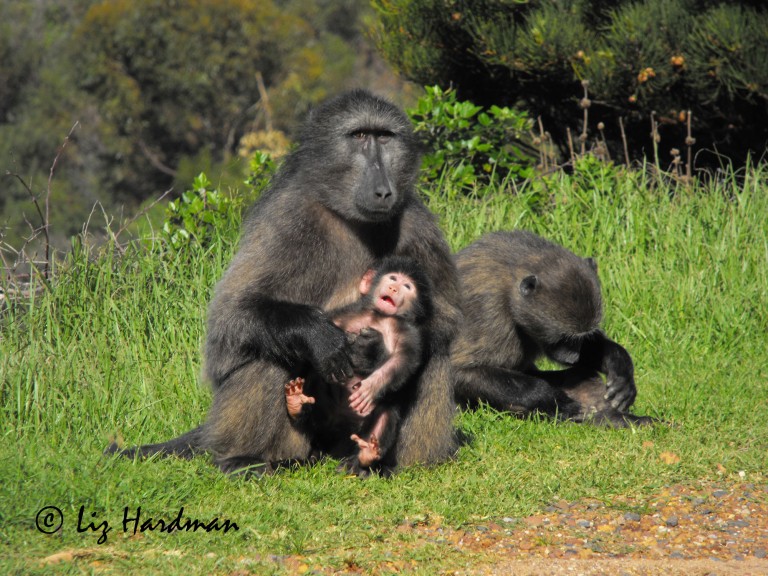 Female baboons are known to be attentive and patient mothers and in this scene the gentle cradling of her baby shows a careful touch.  Personally I think she has a look of motherly pride about her demeanour.  This particular baboon was in her prime when I took this shot in 2009.  She was the top ranking female and consort to Fred, the notorious Smitswinkel troop’s Alpha male.  This little fellow soon grew up pulling rank in the pecking order and became quite the most precocious of sons.

Keeping home and hearth tidy: the next shot shows a wagtail’s careful ‘house-keeping’ approach in this poop-scoop manoeuvre.  Capturing this moment on camera took a lot of patience and split-second timing.  By observing the chicks in the nest, I noticed how they presented their ‘rear-ends’ to the parent bird after being fed to offer up the waste package.  The nest was kept ‘spotless’ and even after flying the coop the parent birds kept up the practice for some days until the chicks were properly fledged.  Neat little creatures! 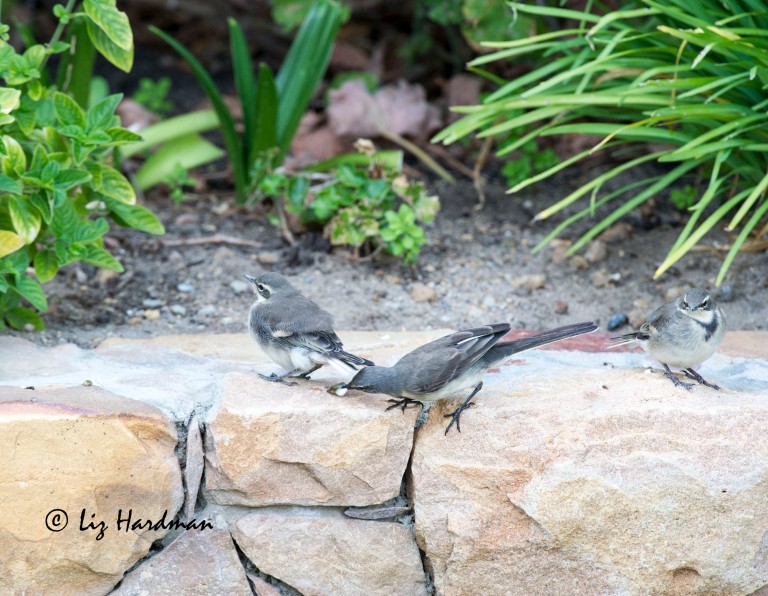 Head over to the site to check out over examples of Careful in this week’s Photo Challenge.