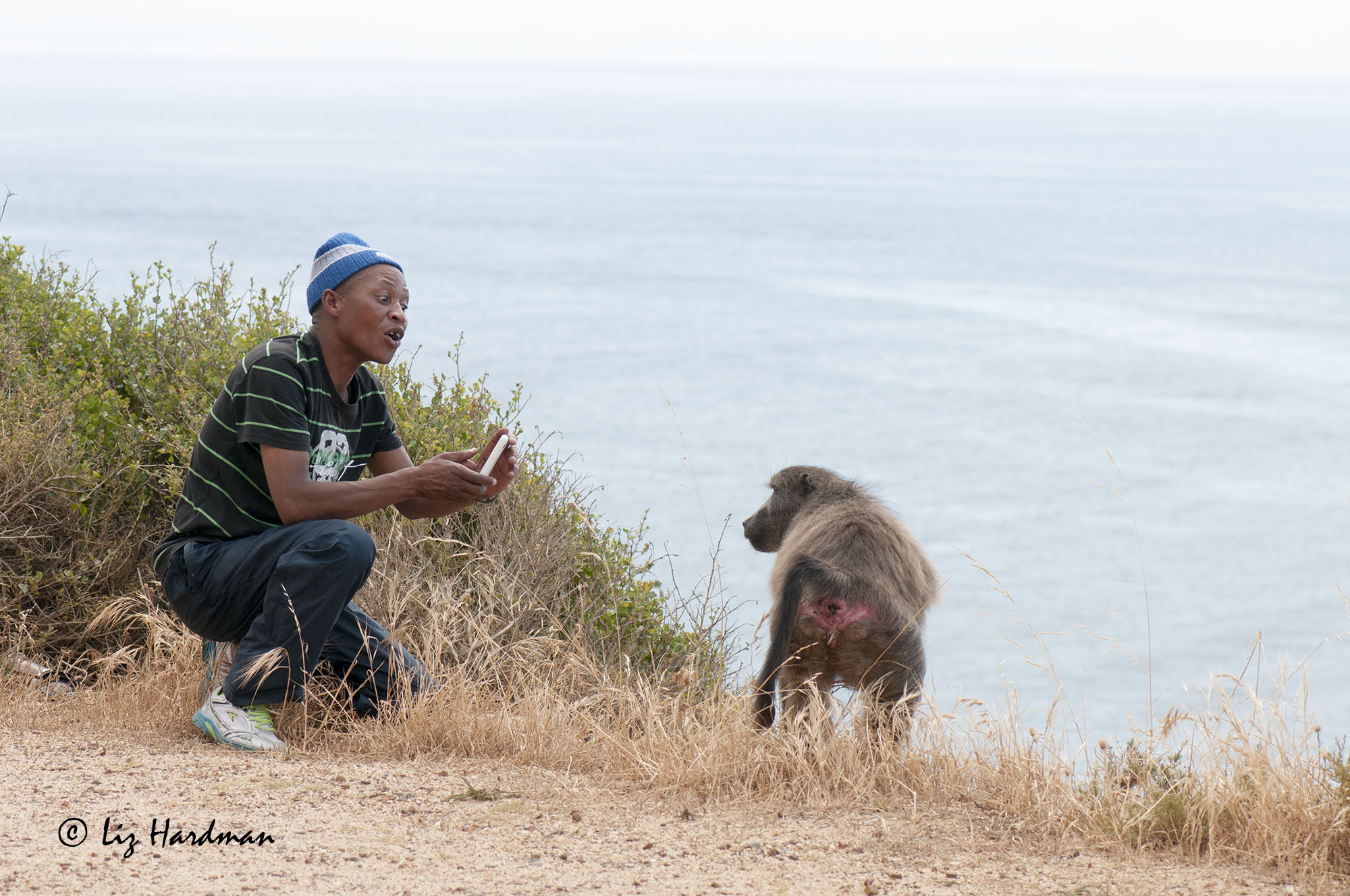 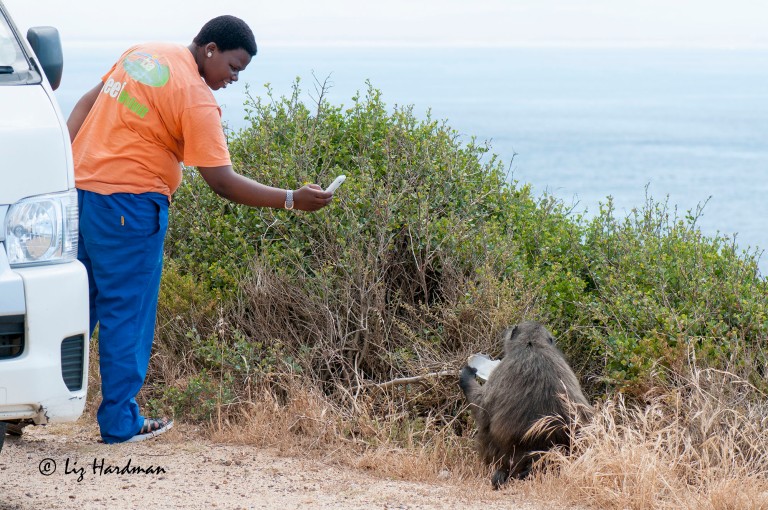 It’s the start of summer holidays and the  “silly season”  in Cape Town.  Visitor numbers swell,  the traffic becomes horribly congested and we see scenes like this where people take chances and get up close to take photographs of the wild baboons. 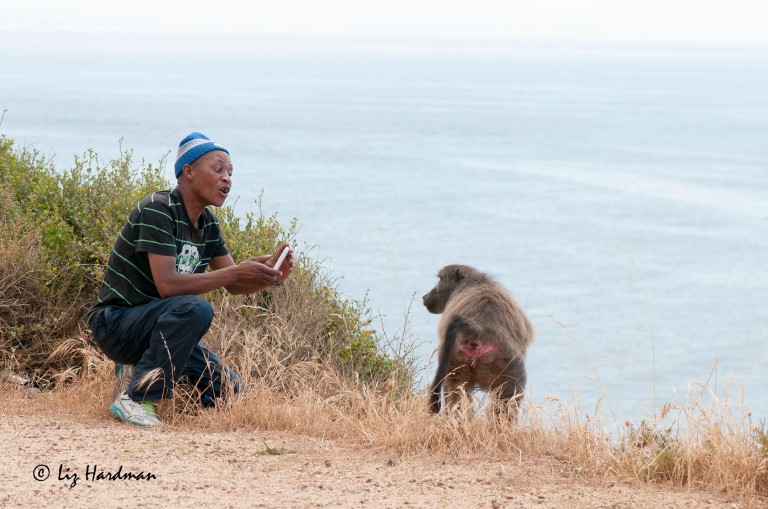 We can unwittingly put wild animals at risk with our notions that they are “tame”.  This baboon was uncomfortable being photographed at such close proximity and moved away, but what if she had reacted defensively?