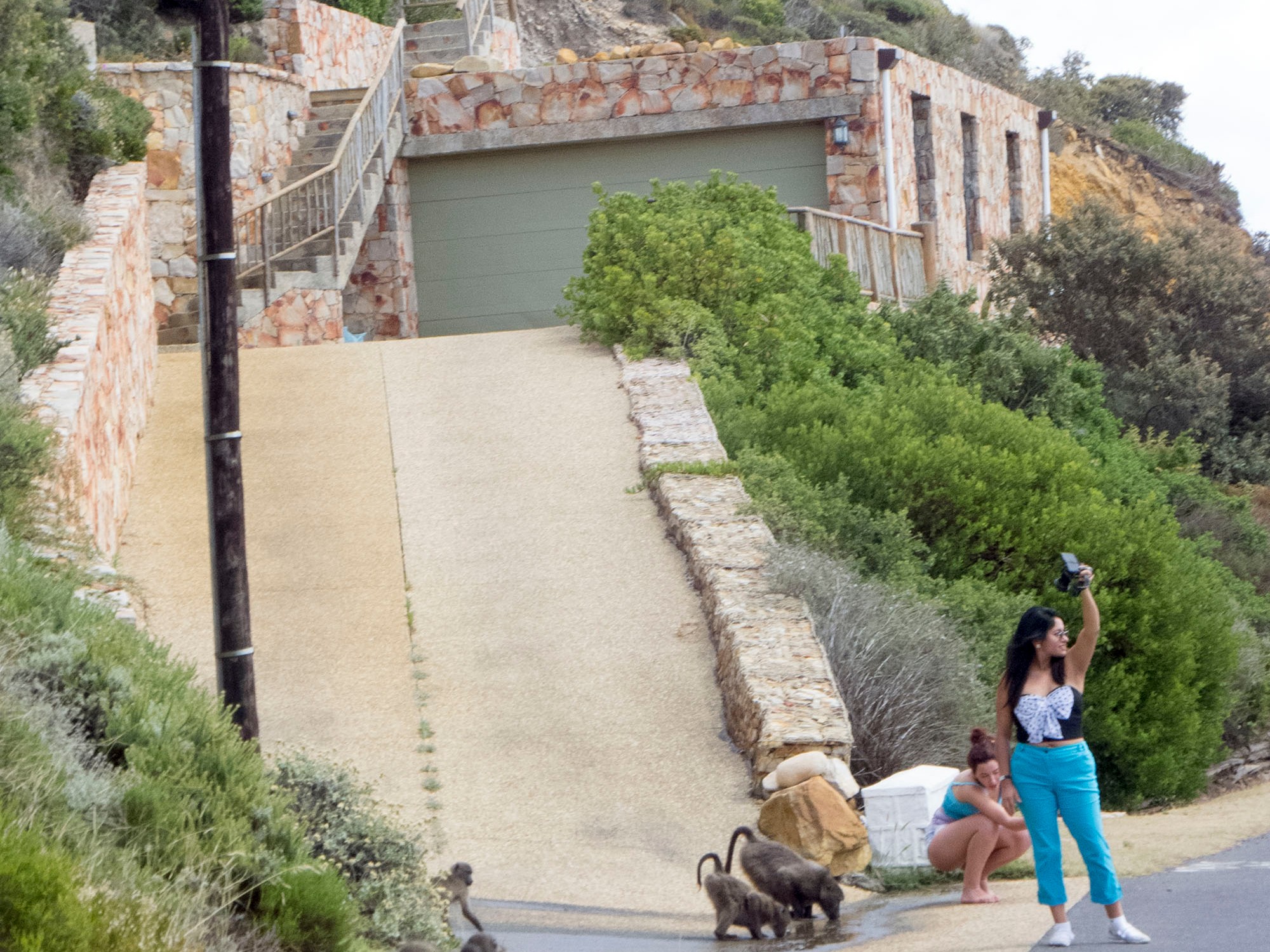 Picture the scene: the Smitswinkel baboon troop (23 individuals) going about their daily routine.  There they are minding their own business, foraging for food along the scenic route to Cape Point when along come some eager tourists looking for photo opportunities.  Granted, generally the baboons are protected by the Human Wildlife Solutions rangers who are contracted to manage their movements but today the animals give them the slip and they roam freely.   Usually the rangers successfully keep them off the road.  In the past this troop has suffered badly through the negative impact of visitors encroaching into their space and through motorists feeding them.  I have blogged in previous posts here and here and in December last year.

So what is it about this narcissistic obsession of taking “Selfies”?   The visitors in this scene are Spanish speaking and are obviously not familiar with keeping a respectful distance from wild creatures. 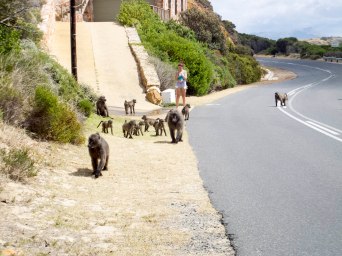 Chacma baboons _ the Smitswinkel Troop along the road at Castle Rock. 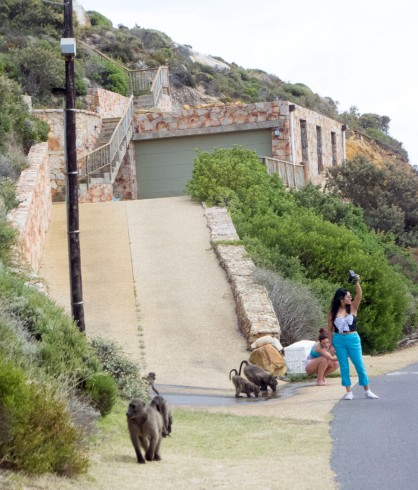 The “Selfie” with Chacma baboons

Tourist engaging a baboon in a photo shot. 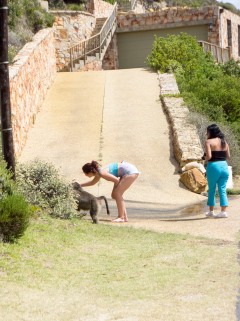 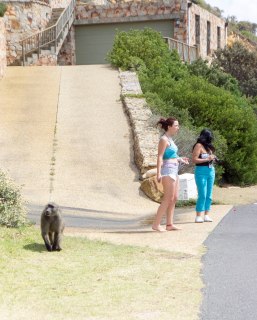