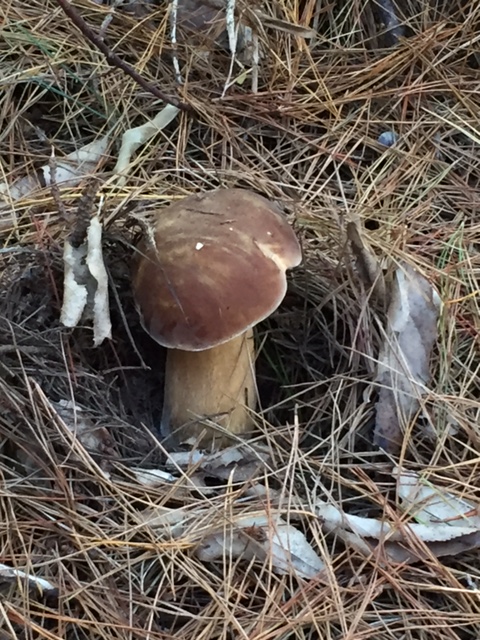 The mist curls in through the valley as we leave the house early last Saturday morning.  It bodes well – the signs of a warming earth after the prior week’s soaking rain.  We are off on an excursion to learn about mushroom foraging organised by Roushanna Gray from “Veld and Sea”.  She is an authority on edible indigenous plants and runs excellent courses on foraging and the culinary arts.  She has teamed up with Justin Williams, an expert on mushrooms and the outing to Newlands forest is an introduction to harvesting edible varieties.  After the hunt Roushanna presents picnic fare based around culinary delights and the health benefits of mushrooms.

In the preamble describing the outing which we received by email there is an allusion to sensory experience:  “Mushroom foraging is also known as “the silent hunt”, where your senses come to the fore in order to track and locate these hidden fungal treasures.”

We set the GPS coordinates and after arriving at the destination wonder how we will identify our ‘man’ in the busy carpark.   It isn’t a problem, there he is beaming with a basket in hand which contains a huge porcini.   Some mushrooms are big, but this is one prize specimen.  As the group gathers it’s like a magnet, drawing comments of awe.

“Where did you find it?”  Is the overall chorus.

“On the side of the freeway coming into the park, it was there basking in the sun,”  says Justin.

We hadn’t yet started the hunt and already it is off to an auspicious start.

New laws require a collecting permit, which entitle the holder to collect one basket. Justin as permit holder is appointed the official “Keeper of the all Mushrooms”.

It’s clear that as Justin briefs us on the subject, he is passionate about mushrooms.   We’re impressed by his broad knowledge and hang onto his words as he covers matters of identification, medicinal properties, folklore, history to the description of the fascinating underground part of the fungi network – the mycelium.   We’re to come away with a new respect for this remarkable organism. The efficacious effects such as the Turkey tail which research shows a role in combating cancer; or the crucial ecological role in the decomposition of organic matter and the nutrient cycling in the environment.  Though not least are it’s culinary delights, and a whole new discovery of sensory umami.

The beckoning forest is a kind of enchanted Tolkienish, an alchemy of fecund earth and pine scent.

Within moments of setting off along the path, Justin’s internal antennae twitch and he spots quite the most fabulous speciman:  a Shaggy parasol. 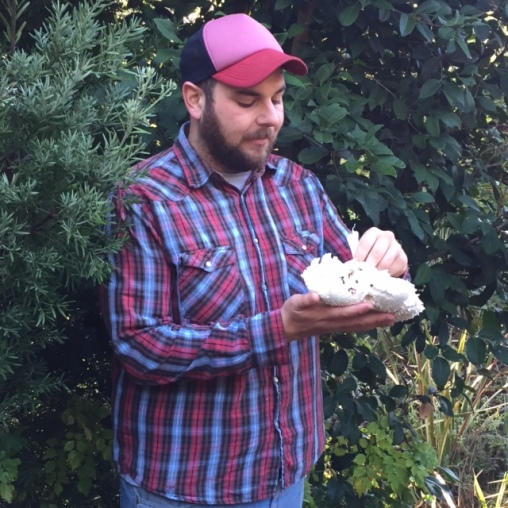 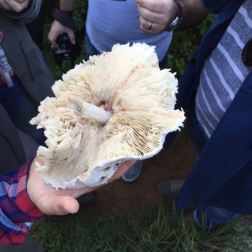 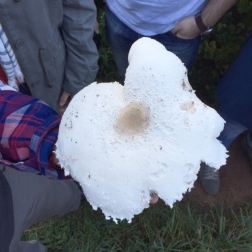 It’s enormous, elaborate, textural  and we’re filled with a sense of reverence; into the basket it goes.  As we spot different species, Justin guides us through the identification process.   Toxic species like the panthercap or the fly agaric (highly hallucinogenic) could be confused with the Blusher (non toxic) species, and he warns it’s best not to take the risk in picking them. 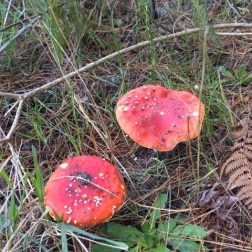 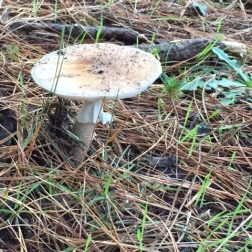 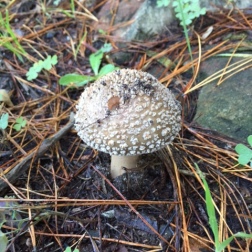 There is a good yield of edible species: porcini (penny bun), bay boletus, pine rings and field mushrooms.  All are discovered with great deal of excitement.

Comparing Bay boletus on left with a Porcini 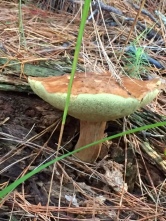 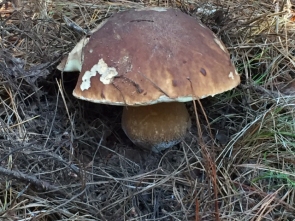 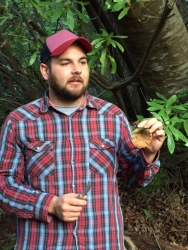 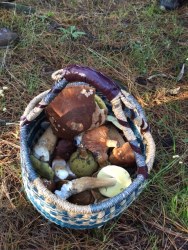 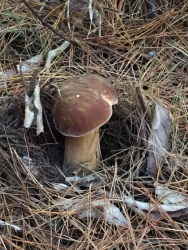 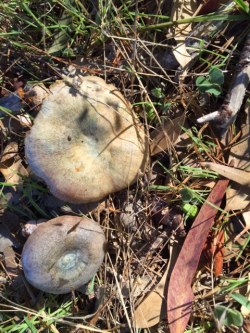 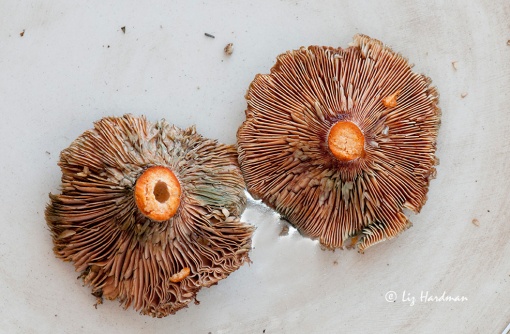 The experience is topped by Roushanna’s wonderful picnic fare.  We start with an elixir – a drink which includes Turkey tail for it’s health giving properties; a tot of celebratory brandy buchu gives us a further boost.  Next is a rich earthy wild mushroom soup flavoured with marog, wild spinach, amaranth. This is followed by a delicious smorgasbord of green leaves, flowers and an aubergine and mushroom pate.  The finale is a heavenly brownie slice.  It’s pure decadence – boldly rich, the chocolate is as dark as the forest earth.  It’s texture is dense and flavours of truffle dust, num-num berries and foraged pine nuts seduce the palate.

Also at the picnic is Meghan Werner, the founder and brewmistress of Theonista kombucha tea.  The beverage is a delicious health enhancing product in combination of various flavours.  I choose the Rooibos and ginger, and there is also Rooibos and pomegranite, or green tea.   It’s a slightly effervescent  and tangy – an elixir made from tea and living cultures. 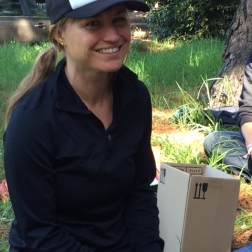 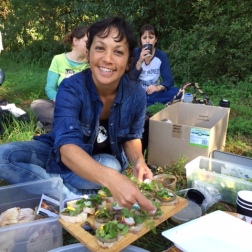 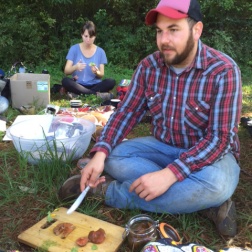 The whole experience is a treat; gathering food with a sense of sharing and appreciation.   I for one will be watching out for more from Roushanna’s inspiring programme of upcoming events and I’m hoping to follow Justin’s expanding recipe collection…. roll on fungi inspiration.

31 thoughts on “Foraging for mushrooms”