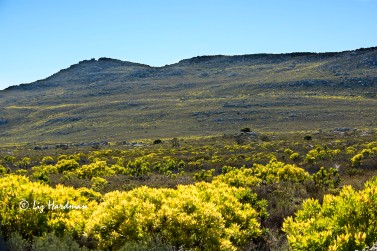 The showy Leucadendron laureolum puts on a worthy show across the mountain slopes. 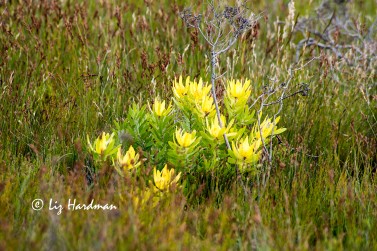 The yellow flower heads show up against the green folliage. 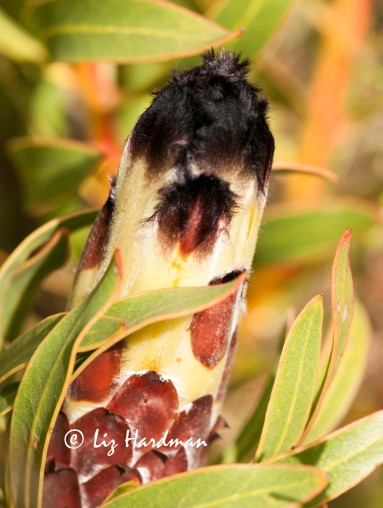 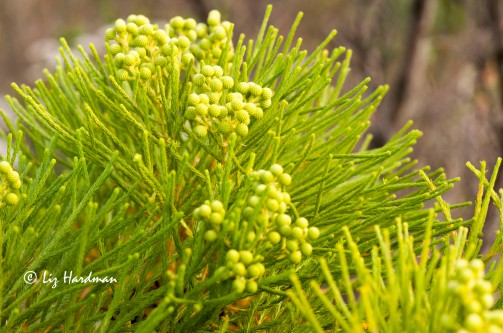 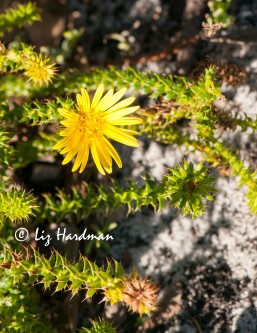 Oedera uniflora – prolific flowerers – their flowers stand up to the fierce winds. 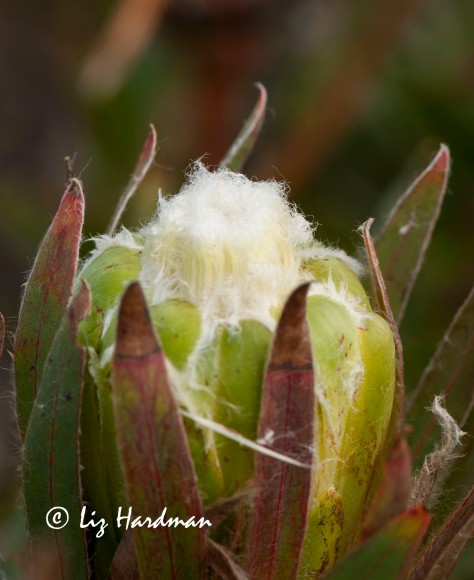 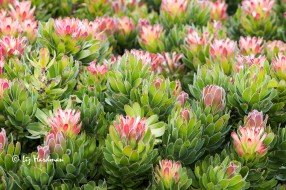 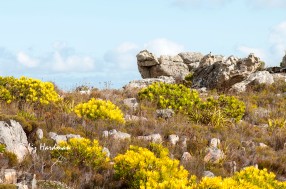 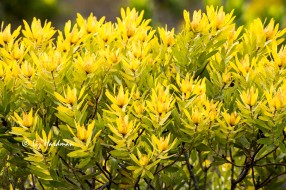 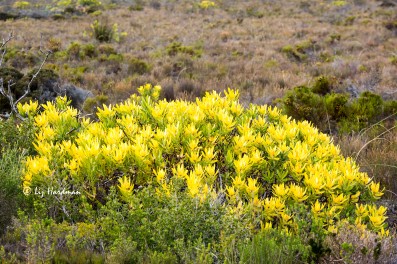 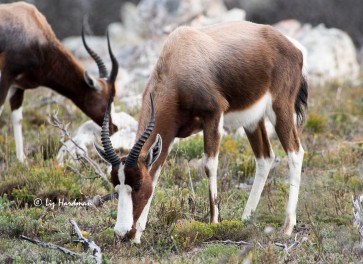 In the early 20th C hunters had all but wiped out this species of antelope. Only seventeen survived. Thankfully conservation-minded farmers established a reserve in 1931 and fortunately their numbers increased and today they flourish.

Swathes of yellow catch the eye as the mountain slopes in the southern part of the Cape Peninsula are in full bloom with the showy Leucadendrons (the cone families of the Protea species).   Winter is a dynamic time for a number of the protea species – Blackbeards and Green sugarbush proteas also flower showing off stylish flower heads.