Spring is rolling in here on the Cape Peninsula after late winter rain, the wild flowers are abloom in swathes of rich tones.  It makes the heart sing; the senses washed wild by the earthy scent of rain – petrichor, a counterpoint to all that sensuous colour.

The osteospermums were the first to make an appearance with the felicias and senecias opening close behind and now the vibrant vygies are splashing out in a voluptuous spread. 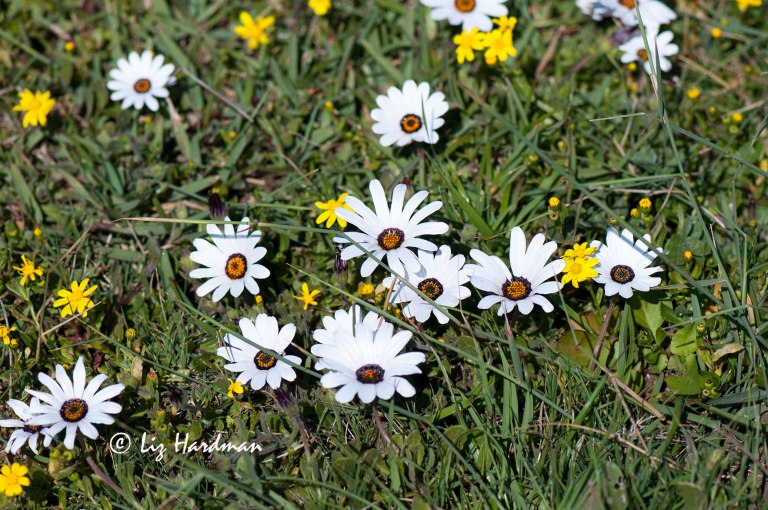 We celebrate the floral abundance here in the heart of one of Nature’s jewels: the Cape Floral Kingdom, one of the six floral kingdoms in the world.  It may be the smallest, but it has an astonishing variety of over 8578 plant species and spring is a showcase season.  Though there is always some delight to be discovered as different species flower throughout the year.

While writing this post I watch as a tiny fledgling – a Southern Double-collared sunbird flies hesitantly round the backyard as the parents hover, coaxing and calling.  The nest was built high up in the Cape honeysuckle which grows up a trellis with long trailing tendrils.  The sunbirds and the Cape Sugarbird  serve as useful pollinators along with a fascinating array of insects.

To finish off, perhaps some inspiration from Sinding?

19 thoughts on “The Rustle of Spring”