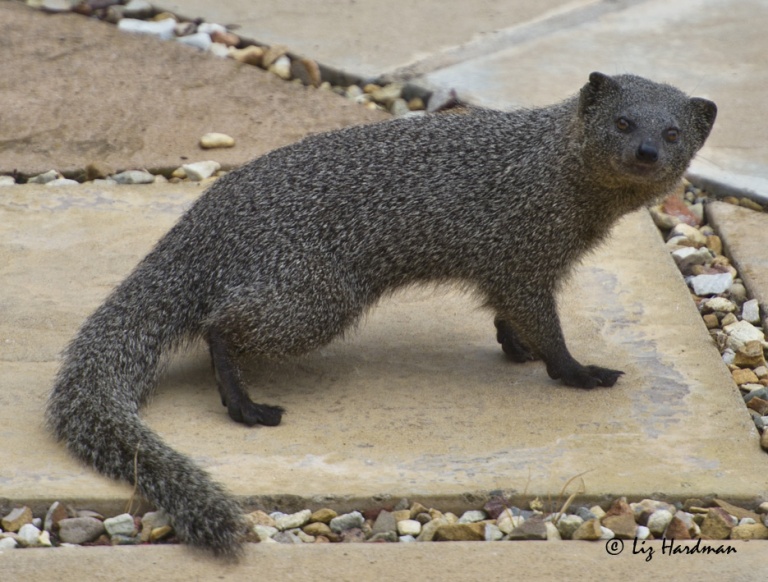 Winter is a difficult time for some of our garden visitors.  The creatures, such as the Grey Mongoose live in burrows which often get flooded out by heavy rainstorms. They are diurnal creatures and we’re fortunate to spot them fairly frequently, although they’re a little shy of posing for photos.  An adult pair lives in the vicinity and we watch out each year for their young which are born from August to December.   The youngsters are playful and at times we see them dashing after the young dassies which are equally up to a game of tag.   It’s interesting to see different species interacting. 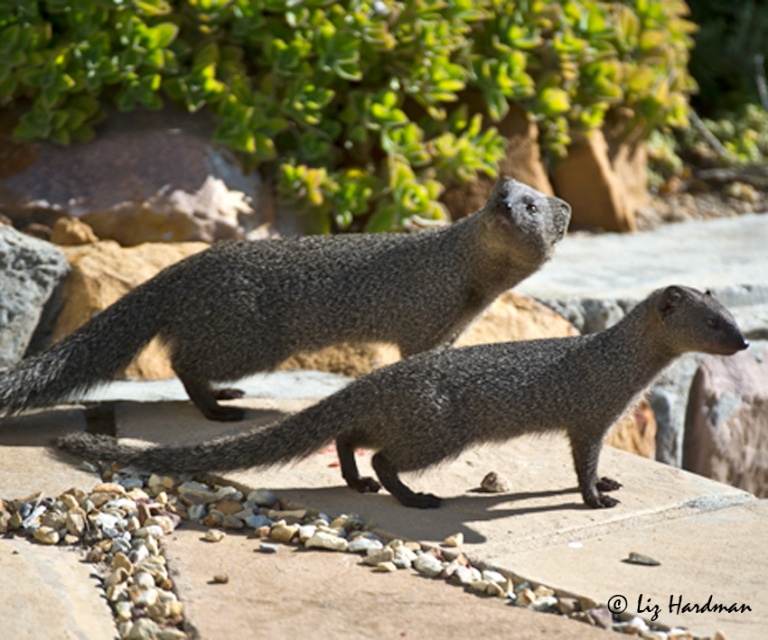 An adult Cape Grey Mongoose with young.  They are not afraid of humans and can become quite tame.     Recently I spotted one hunting in the penguin sanctuary and wondered whether it would raid nests for the eggs.   Once the penguins picked up on the intruder they set up a huge racket, no chance of getting past those vigilant parents.