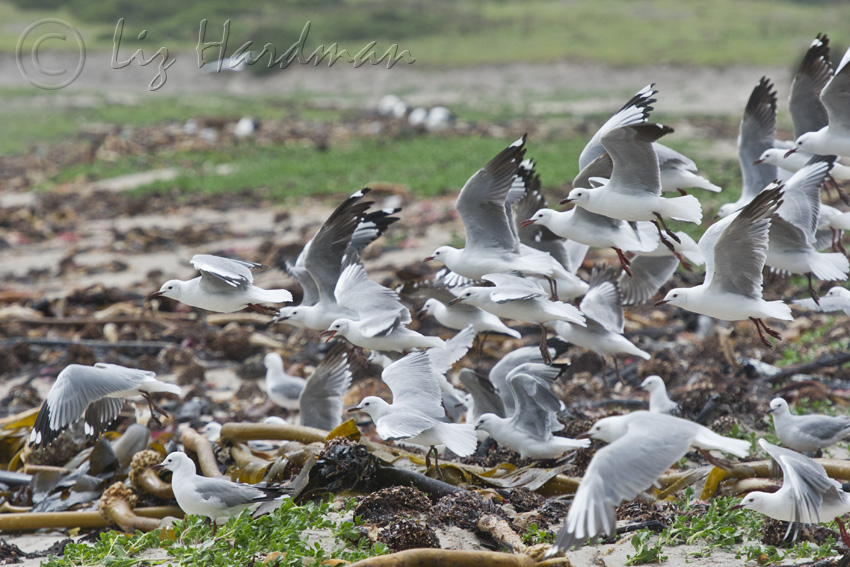 While the winter storms and the tempestuous seas have been raging, huge banks of sea wrack have built up on the hightide mark on the Peninsula’s south-western beaches.   The thrust of the surf shapes the piles, an accumulation of kelp, seaweed, algae, shells, and the remains of animals such as sponges, mussels, sea urchins and shark purses.   Driftwood sculpted into fantastic form, all weathered and worn is thrown up too.  Wind and waves constantly shift this zone so the creatures that rely on this moveable feast are adapted to eating and living on the run. It’s a beachcomber’s delight, but so too is the banquet waiting for distribution by nature’s recycling teams, the lower ranked echelons: sand hoppers, sea lice, sea fleas.   Shorebirds flock to the scene to pick off these bugs.   The smell of the rotting sea wrack can completely assault the olfactory senses, but the decomposing matter is a vitally important process.  It’s an indication that the organic matter is being broken down and dissolving into nutrients to replenish both the marine and shore environment.   Algae, kelp, fish and other marine animals all depend on these nutrients. Nature’s solutions are just perfect. 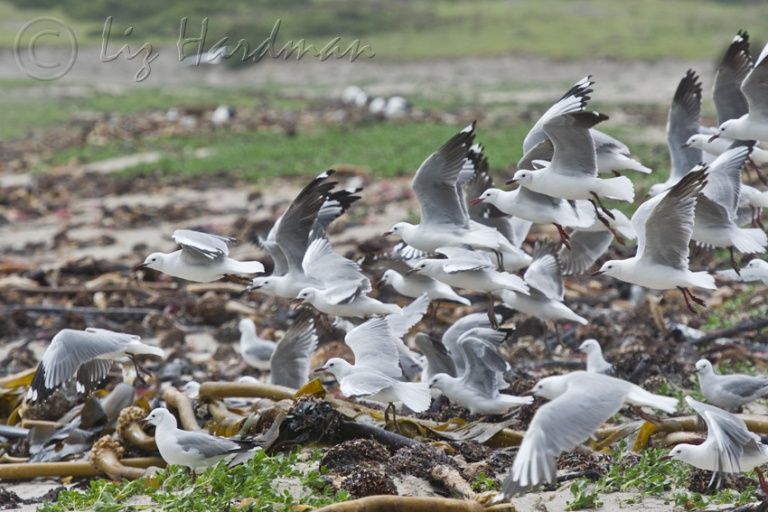 Hartlaub’s Silver gulls join in the scrummage feeding on the bugs.