In November while cycling at Cape Point I encountered a large family of ostrich and posted pictures of the cute little chicks.  It’s some months later and now the chicks have grown into handsome birds.  Notice how their feathers are darkening, a couple more months and they’ll be fully grown. 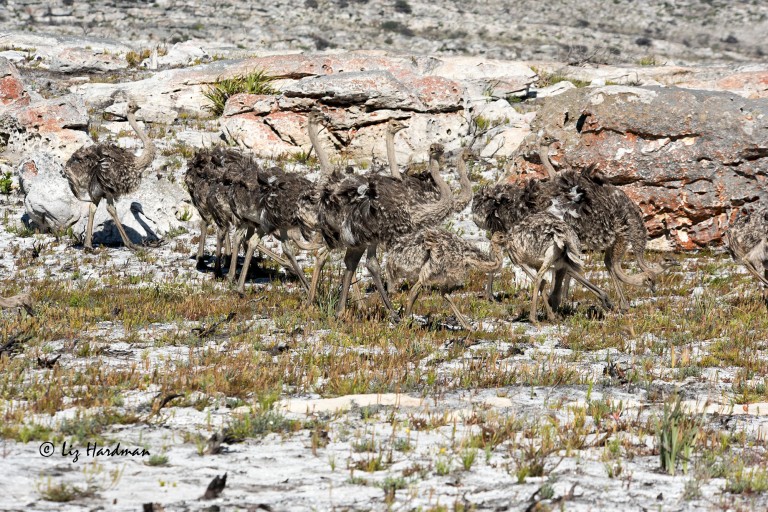 Except for the little “Laat Lammetjie”  (a term used generally with affection for a late birth out of season) – a chick which is much smaller than the rest of the flock yet appears to be quite a feisty little character.

26 thoughts on “Ostrich chicks: all feathers and legs”