Returning home after some weeks away, the first order of the day is catching up on local events and life round the neighbourhood.  These scenes at the Cape of Good Hope Nature Reserve, are of the area impacted by a ravaging fire in early March and are so devastatingly familiar.   This is an area where we often cycle and part of the cycle track goes right through the middle of this desolation and we’re gripped both by a sense of loss and awe.  That the fynbos vegetation which forms part of this extraordinary Cape Floral Kingdom, is sustained and flourishes in such nutrient poor soil is remarkable.  Stripped of the green foliage, the revealed soil looks much like beach sand (from quartzite).  Parts look like wastelands, but in some areas green shoots  are already appearing attracting browsers like buck and zebra.  The geophytes, such as the red Candelabra lilies (Brunsvigia orientalis) are flowering profusely and against the burned vegetation look quite stunning.  With climate change affecting local weather patterns, predictions for Cape Town are that total rainfall will decrease by between 10% – 30% over the next 50 years.  Fire frequency and intensity will undoubtedly increase, putting post fire vegetation reseeding under further pressure. We’re hoping this year that the seasonal rainfall over the winter months will break the current drought cycle. 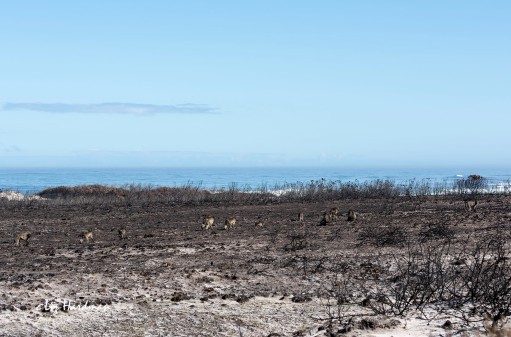 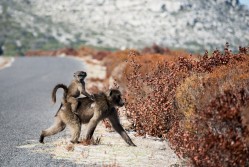 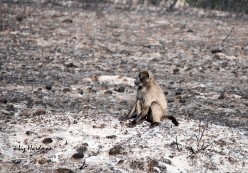 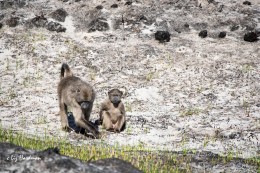 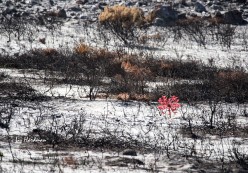 22 thoughts on “Post Fire Scenes at Cape of Good Hope”