The craggy landscape beckons and the late afternoon light casts a spell.  Hiking along a ridge line above the coast from Olifantsbos (Cape of Good Hope Reserve)  shadows and shapes merge – figures appear.  Buck species like the shy Grey Rhebok keep a distance and then meld with the scenery. Red Hartebeest scamper behind boulders. Eland, the largest of the antelope species, show their majestic form.  As they pass in front of the ochre coloured sandstone they blend with the rocks, and with a shift in imagination – like slipping through a portal to travel through time and space, a different realm appears.   There was a time when animals were people and the San Bushmen captured scenes depicted in their rock art when Hare, Mantis and Eland had different stories to tell. 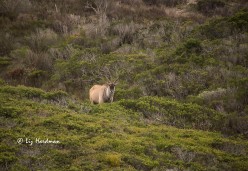 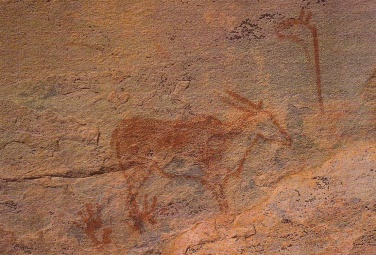 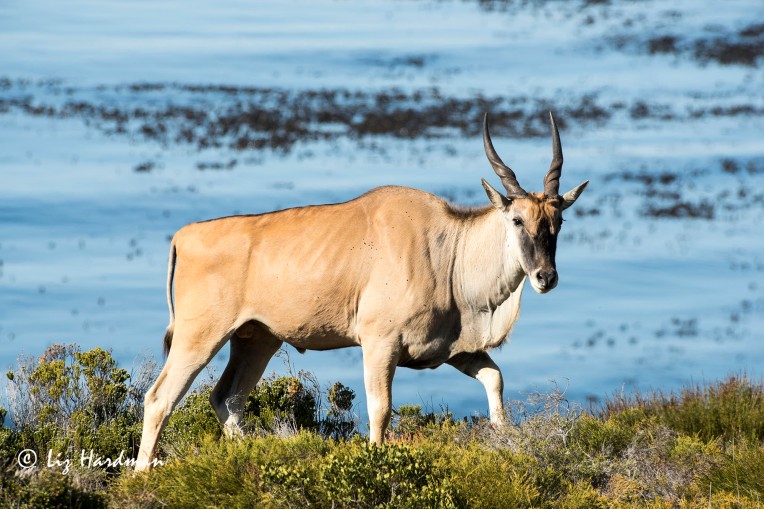